Hearing loss linked to dementia (senility), a brain disease that causes memory loss and the ability to think, has a greater incidence of dementia with more severe hearing loss. Alzheimer’s disease, which makes up 50% to 70% of cases, is the most common type of dementia. Fort Worth ENT Hearing Aid Center provides audiology tests for hearing loss. 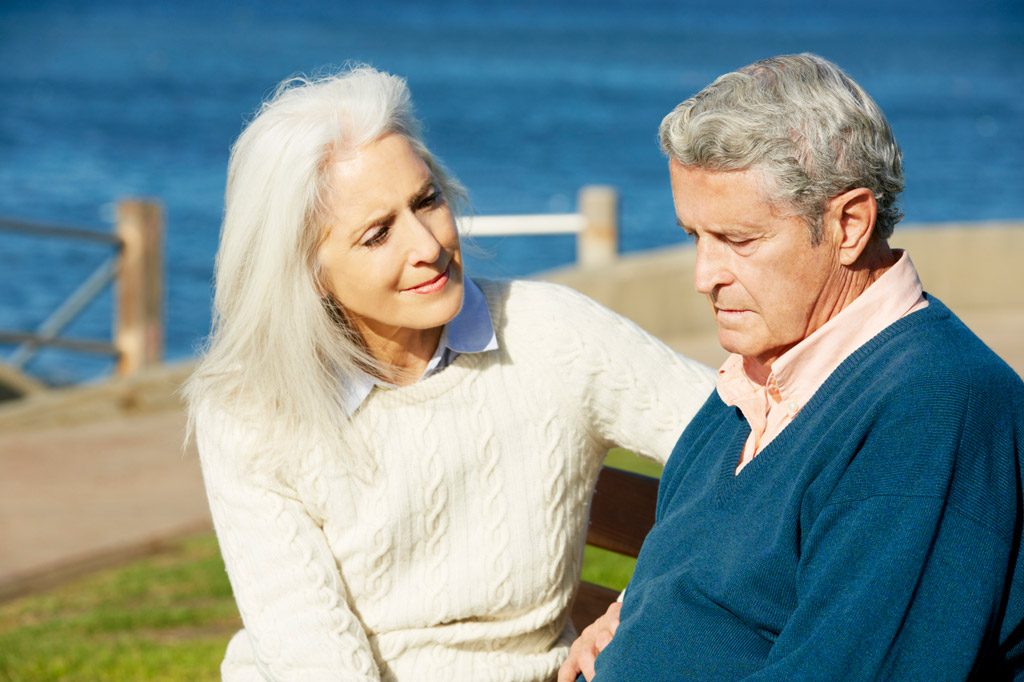 Hearing loss linked to dementia and other cognitive problems continues to be studied after research indicated that people who suffer from hearing loss are 2 to 5 times more likely to develop dementia, depending on the severity of hearing impairment. While the brain naturally gets smaller as we age, the amount of shrinkage is significantly higher in older patients with hearing loss.

An extensive study on hearing loss linked to dementia was conducted by researchers from Johns Hopkins School of Medicine in conjunction with information gathered from the Baltimore Longitudinal Study of Aging concerning brain changes over a period of time in both adults with impaired hearing and those with normal hearing. During the study, participants underwent hearing and cognitive testing over a period of 12-18 years. No subjects had cognitive problems at the onset of the study.

Other studies have shown significant differences in brain structure in patients with hearing loss compared to patients with normal hearing. Patients with impaired hearing generally lose an extra cubic centimeter of brain tissue per year compared to the average brain shrinkage that occurs with age. Regions of the brain that show significant shrinkage include the inferior, middle, and superior temporal gyri. These brain structures are responsible for processing speech and sound.

Cognitive abilities which tend to decline with hearing loss include:

How Hearing Loss May Contribute to Dementia

While research continues to be conducted, theories on how hearing loss contributes to dementia include:

Hearing loss does not automatically indicate eventual dementia, however research does suggest that the risk is greater.

Several studies also conclude that in patients previously diagnosed with Alzheimer’s or dementia, hearing loss appears to worsen symptoms such as:

Reducing the Risk of Dementia Associated with Hearing Loss

While most doctors acknowledge that hearing loss can be associated with cognitive problems, research also shows that treating hearing loss with hearing aids or cochlear implants can result in significantly higher scores in cognitive tests. Utilizing hearing devices allows a person to listen more easily, therefore the brain can spend its power on other cognitive tasks.

In a recent French study, 94 older patients who suffered from profound deafness in one or both ears were given cochlear implants, as well as undergoing auditory rehabilitation twice a week. In one year, over 80% of the patients who scored lowest on cognitive testing had substantially improved test scores.

Subsequently, the benefits of wearing hearing aids lead to better mental health, as well as overall health in general.

Professor Hélène Amieva, a top French researcher in Neuropsychology and Epidemiology of Aging, conducted an extensive scientific study on cognition and hearing impairment spanning 25 years. She documented that people who used hearing aids scored similarly in cognitive tests as those with no hearing impairment, while those with untreated hearing loss were found to have greater cognitive decline.

The study concluded that improved hearing by means of hearing aids or cochlear implants:

The restoration, at least in part, of hearing, and thus communication, led to this increase in social activities and improved mood, which ultimately resulted in participants with less cognitive decline.

Hearing impaired patients often postpone getting hearing aids because they feel that their hearing loss is not bad enough. Hearing loss gradually progresses whether you wear hearing aids or not, however, while your hearing will not technically worsen because you don’t wear hearing aids, speech discrimination will most likely decrease faster. When it comes to hearing, the “use it or lose it” principle holds true.

People with hearing impairment miss sounds that are meant to be heard, and the fewer sounds you hear, the less the hearing nerve and brain are stimulated. The auditory cortex, which is the brain’s sound processor, needs to be stimulated, or exercised, to remain healthy.

Additional research is currently underway to find out if hearing loss treatments can definitively delay or prevent cognitive decline, and results are expected as soon as 2020. Professional consensus appears to be that treating hearing loss may be one of the best options for diminishing the risk of dementia and for stimulating the auditory cortex in order to maintain brain health in those who have impaired hearing.

At Fort Worth ENT, we offer state-of-the-art hearing aids compatible with the unique needs of each individual patient. If you are experiencing hearing loss, contact our office for an evaluation.