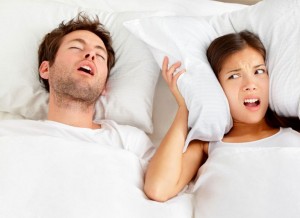 Snoring is a common sleep disorder which affects approximately 90 million Americans, including 20% of men and 10% of women by age 20. By age 60, snoring increases in intensity and frequency and affects close to 60% of men and over 35% of women. Simple snoring does not generally present a health risk in most people, however, 10-15% of patients who snore and 25-35% of disruptive snorers (those who disrupt a sleeping partner) actually suffer from sleep apnea. Over 50% of people who experience an interruption in breathing have sleep apnea.

Obstructive sleep apnea is the most common form of sleep apnea, reportedly affecting more than 30% of men and almost 20% of women, and can be a potentially life threatening disorder. Loud snoring is the main symptom of OSA. While all patients with OSA experience snoring, not all snoring indicates OSA.
A patient with sleep apnea generally stops breathing anywhere from 10 to 60 seconds at a time. Occurrences of up to 5 per hour are usually not considered to be dangerous. Over 5 breathing cessations per hour is abnormal, and over 10 can pose serious health risks.
Patients with sleep apnea typically feel tired after getting a full night’s sleep. Other symptoms of sleep apnea include: 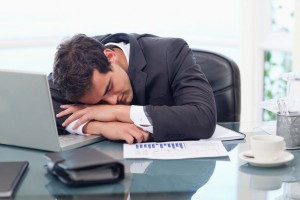 Types of sleep disordered breathing include:

If you have any issues with snoring or possibly obstructive sleep apnea, please schedule an appointment with one of our physicians at Fort Worth ENT & Sinus by completing an online appointment request or phone 817-332-8848.