Laryngopharyngeal Reflux Disease, also known as LPR, is a condition in which stomach acid travels up the throat, often causing nausea and a burning sensation. Its symptoms are not dissimilar to that of another condition known as gastroesophageal reflux (GERD). GERD is the return of the stomach's contents back up into the esophagus causing heartburn or indigestion

The difference is that most often, while some symptoms are comparative, LPR patients rarely experience heartburn. Often LPR is referred to as silent reflux, owing to its difficult diagnosis.

The esophagus, where food travels, has a ring of muscle at each end, known as a sphincter. When working correctly, these muscles control the stomach and keep the contents inside. However, in patients suffering from laryngopharyngeal reflux, their sphincters don’t work the way they’re supposed to. Gastroesophageal reflux occurs when the lower esophageal sphincter (LES) is weak and allows stomach contents to flow up into the esophagus. With laryngopharyngeal reflux, stomach acid works its way into the throat (pharynx) or voice box (larynx) and sometimes into the back of the nasal airway. The effects of this can be inflammation in areas that are not protected against gastric acid exposure.

This disease is very common in babies, as their sphincters are not yet fully developed, their esophagus is shorter, and they are often lying down. The cause of LPR in adults is not yet known.

The common symptoms of laryngopharyngeal reflux in infants and children can include any of the following:

Adult symptoms of laryngopharyngeal reflux can include heartburn or a burning sensation in the back of the throat. However, the most common symptoms are:

The effects of overexposure to acid on the throat and larynx can cause complications of LPR. The long-term effects of irritation and damage can cause serious issues if left untreated.

In children, these complications can be:

The complications in adults can be: 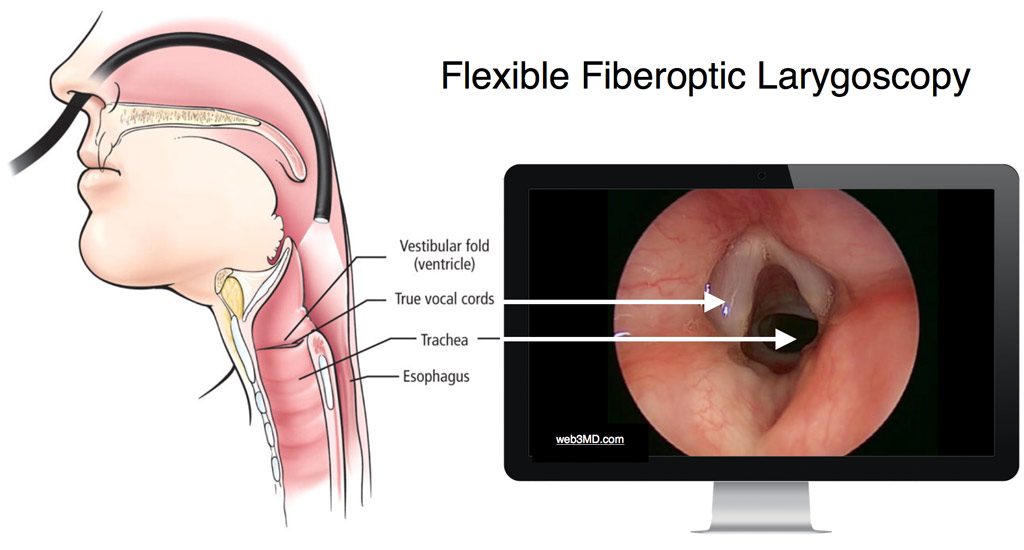 A doctor examining the throat and vocal cords using a rigid or flexible telescope called laryngoscopy usually diagnoses laryngopharyngeal reflux disease. If the patient is suffering from laryngopharyngeal reflux, the voice box will appear red, irritated and swollen from the acid reflux damage. With medical treatment, these issues will resolve, though the healing process can take several months.

In some other cases, the patient may be asked to participate in a dual-channel pH probe test in order to get a clear diagnosis. This process involves the placement of a small tube fed through the nose into the esophagus. The tube is then worn for 24 hours, during which time it measures the acidity of the refluxes into the patient's throat.

There are several approaches to treatment of this condition, and often these solutions are two-fold.

It is important to point out that although the cause of laryngopharyngeal reflux is not yet known, there are factors that are known to contribute to its existence and when addressed can significantly reduce the symptoms of LPR.

The most well-known factors associated with laryngopharyngeal reflux are:

If you are suffering with any of the above symptoms and have been for a significant length of time, or with regular occurrences, contact us to schedule an appointment. Although it may not seem like a dangerous disease, as can be seen above, the cost of ignoring the condition and not seeking treatment can be serious.